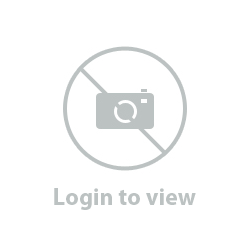 19 Apr 2017 - FINISHED!
Final motif finished, final ends glued. All that's left is to gently wash and block it. And to figure out a next project. :D

7 Jul 2015
Finished the 2nd ball of thread. Was only good for 52 motifs this time (41A, 7B, 4C). Not sure where all the thread went! I had the thread break a few times but was able to salvage most of the lost thread.

3 Jul 2015
Decided on changing the sizing of the shawl. The pattern calls for a grid of 26x5 motifs A (130 total). For me that results in a width of 25cm, and I'm not really on board with that. So I am going to make it 7 motifs A wide, which will put me at a final width of 35cm.
26 long would put me at 130, 20cm less than what the pattern calls for. Again I think that's slightly too short, especially with the increased width. So, next plan of action, 7x30 grid, comes down to 210xA, 116xB, 58xC, for a total of 384 motifs. So I increased the work by about half a year on this already everlasting project! Also I won't have enough thread for this. I'll have to order more in the near future. Hope Lizbeth is good with keeping its colourways very similar between lots.

Note on motifs B and C
The 2 rings that are on each of the 4 corners of motifs B and C tend to flop around a lot. I decided to solve this by using a tip I saw somewhere on this site, namely to make a join 1ds away from the end/start of these rings. If the joining picot is really small, this isn't noticeable at all, but it will keep the rings lying in the same plane very well.

1-20 Apr 2015
On a bit of an hiatus because of holiday. I keep carrying a wound shuttle around for my daily motif but so far haven't tatted a single stitch. Oh well, there's sunshine and good company to enjoy. :)

20 Mar 2015
I wanted to change things up a bit and make some Motifs B and C instead of the A's I've been doing so far. I've noticed that the diagram for the pattern differs from the pictures of the finished shawl. So now I have to decide which orientation I want the motifs A to be in. Picture? Diagram? Choices choices D: Maybe I should stick to making more motifs A for a while longer...

10 Feb 2015
This will be a huge project for me. I ordered 4 balls of Lizbeth Blue River Glades for this, which should be plenty. However, one ball appears to have a tighter twist to it, making it rather difficult, if not impossible, to close enough rings with it for a full motive. Even with 3 balls I might just have enough but I didn't want to push it that close so I'm a bit bummed out about that. Not the greatest of starts!
Update 3 Mar 15 However! I contacted the store and they were willing to replace the faulty ball and ship it to me for free! They even still had one of the same dye lot! Woohoo :D I tried out this new ball and it is totally OK! Very pleased my fav tatting supplies store has turned out to have good customer support. <3

Called it forever shawl because it'll take me forever to finish. But slow and steady and then, maybe someday!